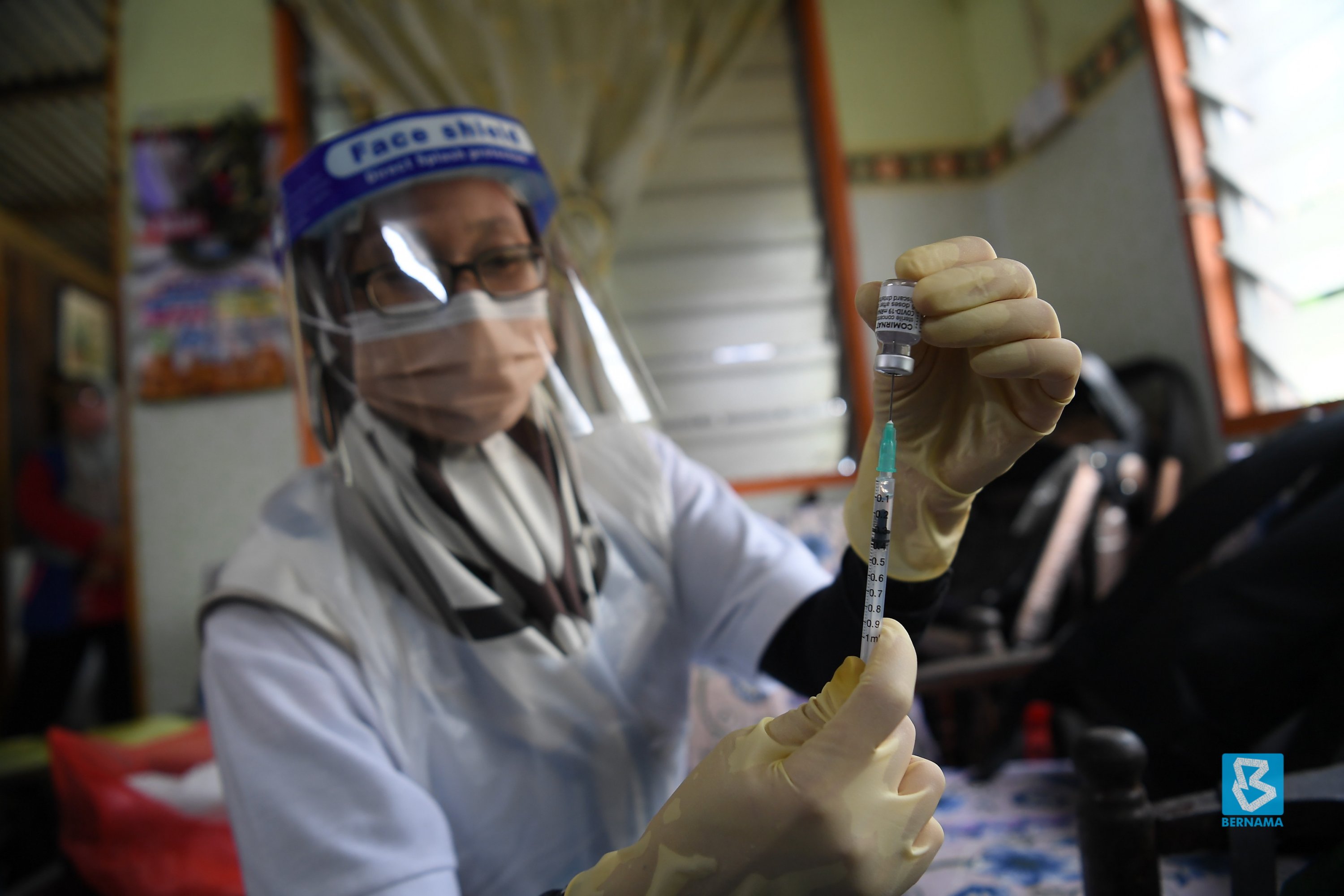 A volunteer prepares a dose of Covid-19 vaccine during a house to house mobile vaccination exercise. — Bernama file photo

Kota Kinabalu: Doctors have predicted that Sabah's daily Covid-19 infections may hit 6,000 by mid-September, further putting a strain on the state's healthcare system.

Queen Elizabeth Hospital II consultant cardiologists Dr. Liew Houng Bang said the weekly caseload increase percentage since mid-July had been so exponential that the surge it predicted was expected to worsen sooner.

“The current 3,000 per day on average lately is not alarming on its own but in context Sabah’s cases are higher than the national daily incidence at 82 cases per 100,000 population, compared to Malaysia’s 69 case per 100,000,” Malay Mail reported him as saying at a webinar organised by the Sabah Disaster Preparedness Association last Saturday.

“I hope I’m wrong but the percentage of rise, which varies from 29 per cent up to 50 per cent week by week… (looking at this trend), a conservative estimate projecting a 25-per cent increase per week in the next few weeks, by mid September we are looking at 6,000 cases per day on average."

The state recorded 20,983 cases last week, 25 percent more than the previous week and nearly five times more than it had in the third week of July which was 4,497 cases, reported the news site further.

Consultant paediatrician Datuk Dr Amar Singh told the webinar the state’s situation was dire because of hospitals overcapacity, case recording backlogs and low testing and data collection that do not paint the real picture.

Sabah’s test positivity was very high at 27 per cent on August 26, which translates into about one in four people tested positive for Covid-19, higher than the national average of 15 per cent.

“This is horrendous, this means the epidemic in Sabah is underestimated, and needs to test more to monitor the situation better to get a better idea of the situation,” he reportedly said.

“Cases now exceed last year’s peak crisis and hospitalisation has gone past capacity. Hospitals are struggling to cope. The numbers we have do not take into account patients who should be in ICUs, but are being managed in emergency departments and quarantine centres."

He said Sabah’s hospitals were likely under-equipped to handle the number of Covid-19 patients.