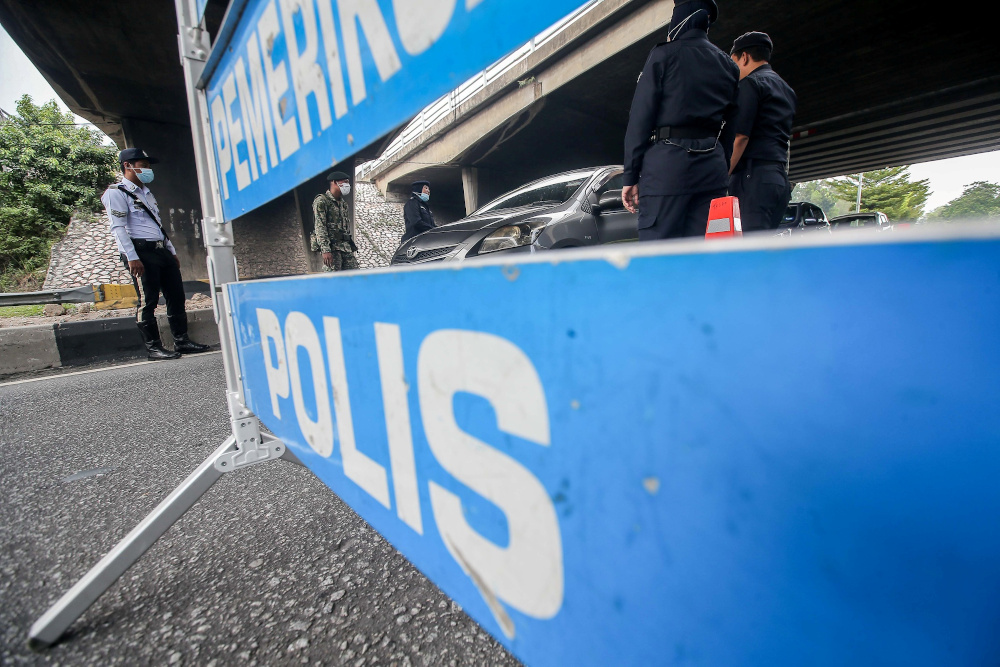 Sabah Local Government and Housing Minister Datuk Seri Masidi Manjun, who is also the state Covid-19 spokesman, said that Kota Kinabalu, Putatan and Penampang are considered as one district for the duration of the CMCO. — Picture by Farhan Najib

KOTA KINABALU, May 6 — The Sabah government has decided to ban any inter-district activity throughout the enforcement of the conditional movement control order (CMCO) beginning May 10 to 16 except for emergencies.

Sabah Local Government and Housing Minister Datuk Seri Masidi Manjun, who is also the state Covid-19 spokesman, said that Kota Kinabalu, Putatan and Penampang are considered as one district for the duration of the CMCO.

“The police will set up roadblocks to control inter-district movement during the period,” he said in a statement tonight.

Masidi also said that the state government has outlined several standard operating procedures (SOPs) that need to be observed throughout the Aidilfitri celebrations to curb the spread of Covid-19 in the state.

Masidi said all festive activities in the localities under the Enhanced MCO (EMCO) are not allowed, including house-to-house ‘takbir raya’ or open houses.

However, he said takbir raya at mosques and surau is allowed, including meals after Aidilfitri prayers with the condition that only packed food is served to worshippers to be taken home.

“Aidilfitri prayers at mosques and surau are also allowed subject to the Sabah religious authorities’ conditions, while children 12 years and below and high-risk groups are not allowed,” he said.

Graveyard visits are allowed but with no more than six people for a duration of no more than 30 minutes with physical distancing.

For visits, Masidi said it was allowed on the condition that it is limited to close family members no more than 20 people, living within the same district and subject to the house capacity.

Source: Malay Mail
Back to News
Share
© 2022 SabahOutbreak.com · We Care