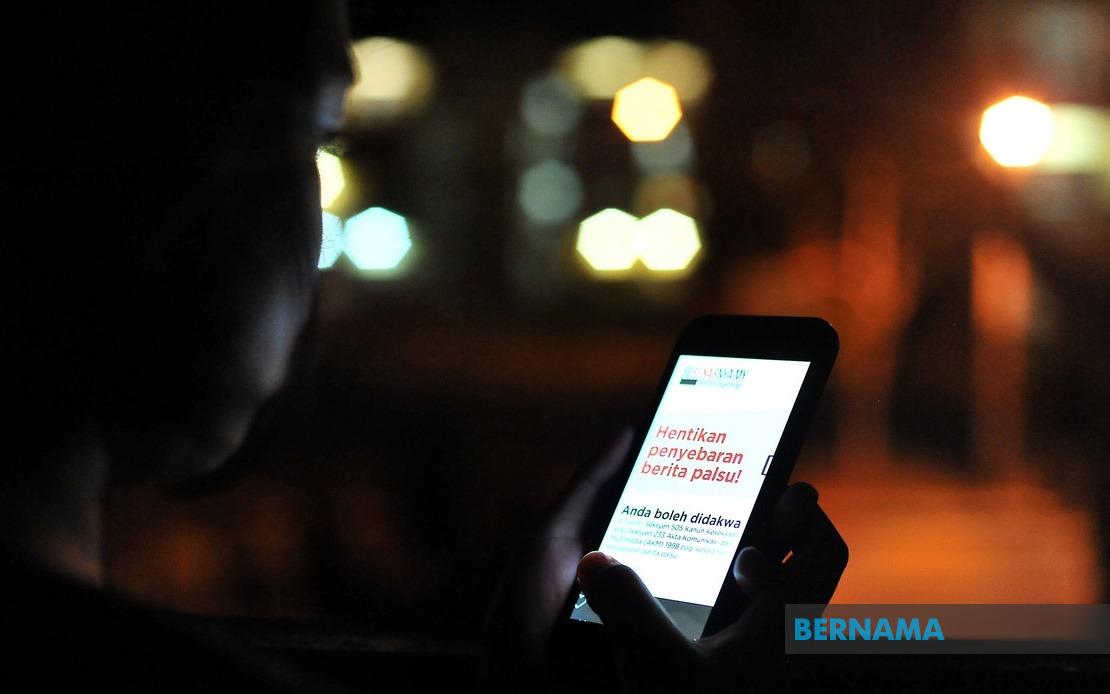 KUALA LUMPUR: Any individuals who create, publish or disseminate fake news on Covid-19 or the proclamation of Emergency could now face a fine of up to RM100,000 or three years jail or both, effective today.

This is according to the new Emergency (Essential Powers) (No 2) Ordinance 2021 through a  Federal Government Gazette published by the Attorney General’s Chambers yesterday.

The Ordinance was promulgated by Yang di-Pertuan Agong Al-Sultan Abdullah Ri’ayatuddin Al-Mustafa Billah Shah pursuant to Clause (2B) of Article 150 of the Federal Constitution.

According to the Gazette, the ‘fake news’ includes any news, information, data and reports, which is or are wholly or partly false relating to Covid-19 or the Emergency, whether in the form of features, visuals or audio recordings or in any other form capable of suggesting words.

“Any person who, by any means, with intent to cause, or which is likely to cause fear or alarm to the public, or to any section of the public, creates, offers, publishes, prints, distributes, circulates or disseminates any fake news or publication containing fake news commits an offence, and shall, on conviction, be liable to a fine not exceeding RM100,000 or to imprisonment for a term not exceeding three years or both.

“And in the case of a continuing offence, to a further fine not exceeding RM1,000 for every day during which the offence continues after conviction,” it said.

In addition, the court may order those convicted of an offence to apologise to those affected by their actions. Failure to do so may result in another fine of up to RM50,000, a jail term not exceeding one year, or both.

Those in control or in possession of material deemed to be fake news have 24 hours to remove the offending publication from the time the direction is given by the police or an authorised officer.

Any person affected by the publication or distribution of the fake news may make an ex parte application to the court for an order to remove such publications.

It also stated that the police or authorised officer may arrest any person whom he reasonably believes has committed or is attempting to commit an offence under this Ordinance.

“The officer shall have all the powers in relation to enforcement, investigation and inspection.

“Any person who fails to comply with the request by the police or authorised officer, commits an offence and shall, on conviction, be liable to a fine not exceeding RM100,000 or to imprisonment for a term not exceeding one year or both,” it said.

It also stated that no action, suit, prosecution or any other proceeding shall be brought, instituted or maintained in any court against the Government of Malaysia, or any police officer or authorised officer, in respect of any act, neglect or default done or omitted by it or him in good faith, in carrying out the provision of this Ordinance. — Bernama