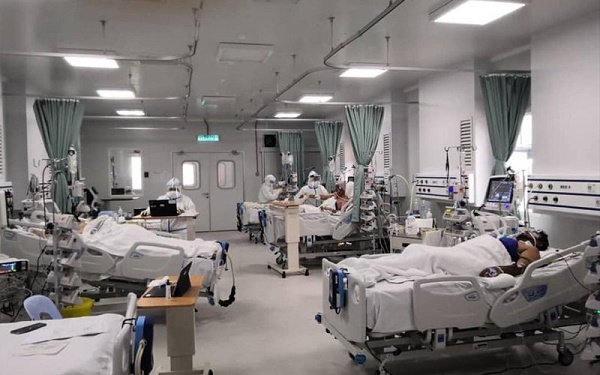 PETALING JAYA: After the record 199 Covid-19 deaths reported yesterday, DAP veteran Lim Kit Siang says Malaysia has surpassed the likes of Indonesia and India in daily fatalities per million of the population.

Indonesia reported a record 1,383 Covid-19 deaths yesterday while India’s all-time high was 7,374 deaths on June 10. However, both countries have an estimated population of 270.6 million and 1.3 billion respectively, compared with Malaysia’s 31.95 million.

Taking aim at the Perikatan Nasional-led (PN) government, Lim said this further proved that the emergency proclaimed in January was a failure and urged Putrajaya to take the high fatality rate seriously.

“Yesterday, the 199 Covid-19 deaths was an increase of more than 22 times the nine deaths on Jan 10, one day before the emergency was declared,” he said in a statement today.

“Before the emergency, there were 551 Covid-19 deaths from the first 12 months of the pandemic. Now, the cumulative total of Covid-19 deaths stands at 7,440, an increase of more than 13 times in six months.

“This is a measure of the magnitude of the failure of the emergency, the various lockdowns and the National Recovery Plan to bring the Covid-19 pandemic under control,” the Iskandar Puteri MP added.

The health ministry reported an all-time high of 199 Covid-19 deaths yesterday with 11,985 infections. The previous record was 153 deaths last Sunday.

The rise in cases and deaths has been partly attributed to the Delta variant of the coronavirus, which the ministry warned could spread in a matter of seconds.