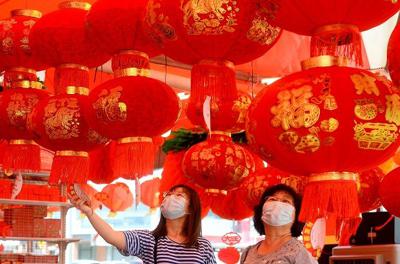 WITH just a week left before the Chinese New Year (CNY), most employers should have begun to treat their staff to the traditional pre-festival appreciation dinners.

The "sau koong" dinner, as it’s called, is also the occasion where many businessmen will invite their clients to these meals. The centrepiece is the yee sang, or the prosperity toss of salad and slices of raw fish. The priciest servings come with abalone.

But this year, most businessmen have given this pre-CNY custom a miss.

For one, these meals aren’t cheap. And with most staff working from home and restaurants unable to accommodate a table of 10 because of the standard operating procedure (SOP) from the Covid-19 pandemic, the "sau koong" dinner is naturally the first to go.

The main victims are the restaurants because they would have pre-ordered plenty of materials, which will likely go to waste. Throw in the economic uncertainties that have already hit them badly, and it’s easy to see their dire circumstances.

In the past few years, many families have opted to host their family reunion dinners in hotels because working parents struggle to make time for cooking.

The developing pattern in recent years, where siblings and their families turn up for meals at the host’s home without pitching in with the cooking or cleaning, has likely put paid to this tradition.

Ever more prevalent, as the patriarchal and matriarchal figures pass on, such dinners have become confined to immediate family members.

But as Malaysians tussle with the changes in tradition, reunion dinners this coming CNY are as good as gone now with the ban on inter-state travel.

This pains me because I was looking forward to visiting my 89-year-old mother, who now lives alone in our Penang family home.

This will be the first CNY without my father, who left us in July last year. So, most of us, especially her grandchildren and great grandchildren, wanted to be with her this festive season.

But that’s just a pipe dream now. Anyway, given her old age, those of us who live in the Klang Valley would rather not risk her health by going back to be with her.

Even before the reimposition of the cross-border travel ban, she had discouraged us from returning home because she had also heard about the scary situation in Selangor and Kuala Lumpur.

The high Covid-19 infectivity rate is troubling the Health Ministry’s revised pandemic projections, which predict that Malaysia will record 8,000 new cases daily by the first week of March.

Most of them are likely to come from Selangor, which has the highest concentration of factories and foreign labour.

Foreign workers are required to undergo compulsory Covid-19 screening, and this has certainly jacked up the positive case numbers. The projections also indicate that there will be 10,000 new cases daily by the second week of March.

This will be the first CNY where there will be no gatherings or visits, which our brethren experienced during Hari Raya and Deepavali because of the ban.

So, for those celebrating CNY, let’s prepare ourselves for a grim CNY. Almost every employer has revenue concerns, except those selling rubber gloves, of course.

Most staff have had their pay docked since last year, and they continue to fear that worse news awaits, the worst of which is their bosses terminating their employment.

In a nutshell, minimise spending and consume less if you’re short on funds. Don’t even think of asking for ang pow or bonuses.

While many of us talk of working from home or advising each other to stay at home, many Malaysians have no choice but to go out every day because their jobs need them to.

They include delivery workers, drivers, food stall operators and petty traders, whose income depends on their daily earnings. WFH is a fantasy to them.

Many of those struggling, live in tiny flats, where social distancing is impossible and other family members also have jobs requiring them to go out.

And for many of us, there are few reasons to celebrate, other than for marking this auspicious occasion.

Every year, I visit my tailor to get a new set of CNY clothes ahead of the annual gatherings, but this year, I haven’t needed to. The tailor shop is closed and there are no gatherings to attend.

I’ve always been enthusiastic about CNY because it’s not merely about the reunion dinners, but also about visiting and catching up with friends, especially former schoolmates returning to KL and Penang.

As the punny acronym continues to sear its way through the world wide web, CNY now stands for Celebrate Next Year.