Barbed wire goes up at Penampang kongsi under Emco 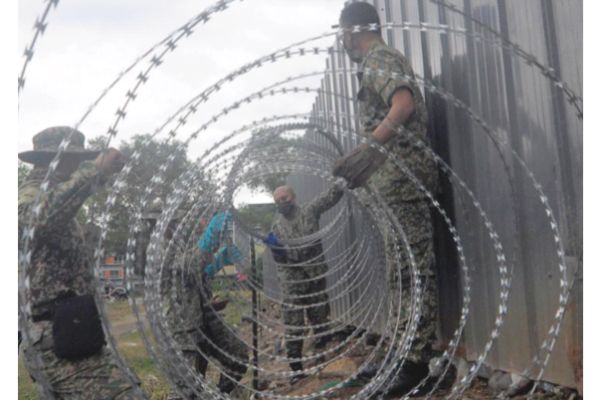 PENAMPANG: Armed Forces personnel cordoned off a “kongsi” (workers’ quarters) at a construction site in K Avenue with barbed wire, Monday, after it was placed under Enhanced Movement control Order (Emco) for two weeks starting Nov. 22 due to rise in Covid-19 cases.

Penampang Police Chief DSP Mohd Haris Ibrahim said only the “rumah kongsi” areas would be locked down while the construction site is not involved.