Complacency over SOPs, not elections, behind spike: D-G 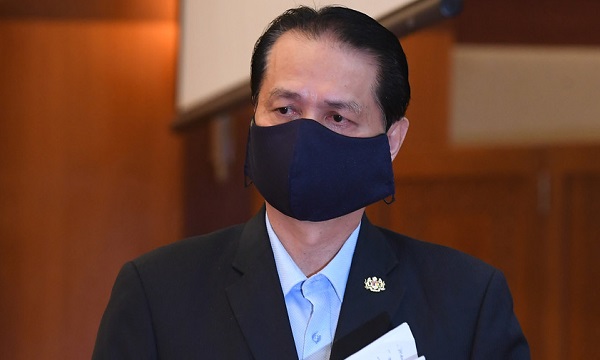 Despite the sharp rises of cases coming following the Sabah State election where politicians were observed disobeying the SOPs, Dr Noor Hisham said elections by themselves would not necessarily cause the increase in cases — pointing to New Zealand’s recent general election.

“So do elections contribute to the rise in Covid-19 cases? They contribute because we are non-compliant with the SOPs that we continually emphasised on.

“If we look at the recent concluded elections in New Zealand that were executed peacefully without any rise in cases, why? Because the SOPs are obeyed,” he said.

He pointed out how Malaysians may have become complacent as if everyone had returned to their normal routine pre-MCO by not complying with the SOP.

Earlier this month, Prime Minister Tan Sri Muhyiddin Yassin had admitted that the campaigning for the recent Sabah State election was among the probable causes of the recent Covid-19 spike.

Muhyiddin said the Election Commission had outlined standard operating procedures for campaigning, but lamented that some failed to obey them.

The Sabah election was triggered following the dissolution of the State Assembly by Datuk Seri Shafie Apdal, after Tan Sri Musa Aman attempted a takeover of the state government with several defectors.

Gabungan Rakyat Sabah, an alliance between Perikatan Nasional, Barisan Nasional and their allies led by Muhyiddin would later win the election on September 26.

Minister Datuk Zulkifli Mohamad was among those who tested Covid-19 positive after returning from a Sabah visit which coincided with the campaigning. Others included Parti Amanah Negara’s Nor Hayati Bachok, PKR’s Shatiri Mansor and DAP’s Lim Yi Wei.

Sabah recorded the highest number of new cases today out of all states, at 702 cases out of the new record high of 871.