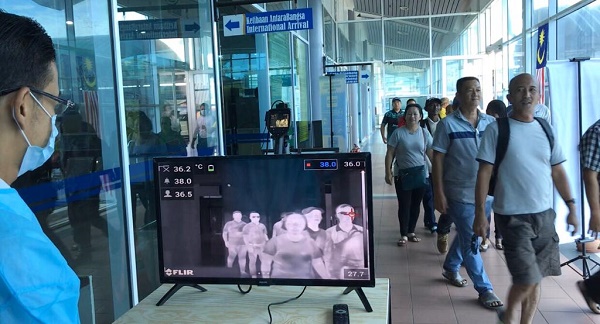 KOTA KINABALU: A woman from China quarantined since last week in Labuan after showing symptoms at the island’s airport has tested negative to Covid-19.

The 22-year-old from Shandong was stopped at the airport with a 30-year-old local man believed to be her husband after arriving from Kuala Lumpur on Feb 18.

According to their travel records, the duo reportedly returned home to Malaysia on Feb 17 from Xiamen, a port city in southeast China.

“The woman was stopped at the airport with a local man and quarantined according to our standard operating procedure but they will be released today after she tested negative to the disease,” Labuan Health Director Dr. Ismuni Bohari was quoted as saying by Borneo Today.

Dr. Ismuni said only the woman had shown symptoms, adding Labuan is still free of Covid-19.