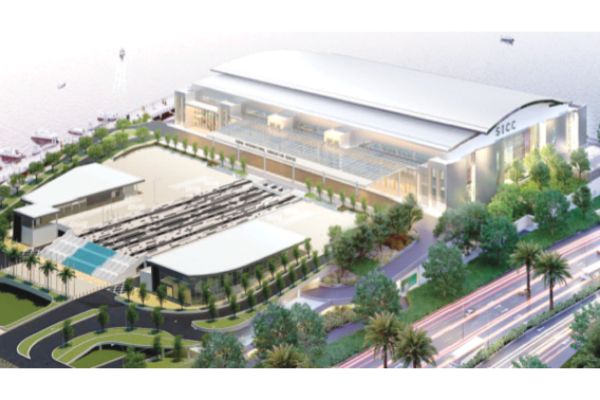 KOTA KINABALU: The Sabah International Convention Centre (SICC) is just a week old into its commercial business lifecycle, and it aptly played host to Sabah’s first Covid-19 Countermeasures Forum last Thursday at Dinawan Meeting Room, as the three-month Covid-19 outbreak swept throughout the continents of the world with the exception of Antarctica, affecting many businesses.

“We need to find a solution and learn from businesses that are doing well, on their strategies of doing well in such trying times, said Talent Shop Co CEO Jason Jonathan Omar, the organiser.

Daily Express is the media partner for the event organised by CEO Jason Jonathan Omar of Talent Shop Co. in collaboration with Gleneagles Hospital, UiTM and SabahTravel.com

According to SICC Research Manager Natalia Nadirah Saiman, who assumes part of the responsibilities of the State’s yet-to-be set up Convention Bureau to promote meetings, incentives, conventions, exhibitions and events. SICC’s business is also impacted.

For example, for the upcoming Apec (Asia-Pacific Economic Cooperation which is a regional economic forum established in 1989 to leverage the growing interdependence of the Asia-Pacific) event to be held at the SICC, I expect that the attendance would be affected due to fears over the Covid-19 outbreak that, fortunately, Sabah has been spared to date. We told many enquirers that Sabah is safe, she said.”

He is no stranger to the contagion effects of an epidemic outbreak as he was a manager of a hotel in Beijing, China during the last global health-related crisis, the Severe Acute Respiratory Syndrome (SARS) in 2003.

Tristan is positive that the situation will recover and SICC is set to excel.

“My hotel occupancy rate went from 80 per cent to zero,” he recalled his China working life during the SARS outbreak, empathising with the situation facing some local hoteliers.

On SICC’s attractiveness, he said: “The response of the market is extremely good. It has been long awaited.

There is good response from the government, from the corporates, and from international business.

“We went on a sales trade mission recently in Australia, the response was very, very good. We have a lot of enquiries, a lot of leads.

SICC has banquet capacity up to 5,300m² Column-free Convention Hall and Exhibition Hall accommodating up to 280 booths.

Its Performance Art Hall has a 2-tier sitting for 1,250 audiences, 112 pit seat complimented with built in stage with technologically advanced audio-visual and stage lighting.

There are 18 meeting rooms that can be expanded through movable partitions, installed with hi-tech audio-visuals and presentation equipment.

SICC has 1,300m² pre-function hall outside the convention hall allocated for refreshments and social, accommodating to different groups of events simultaneously.

Some participants anticipate that the Covid-19 outbreak will dissipate within three to six months, and businesses will be on the way to recovery and growth as they focus on serving local customers.