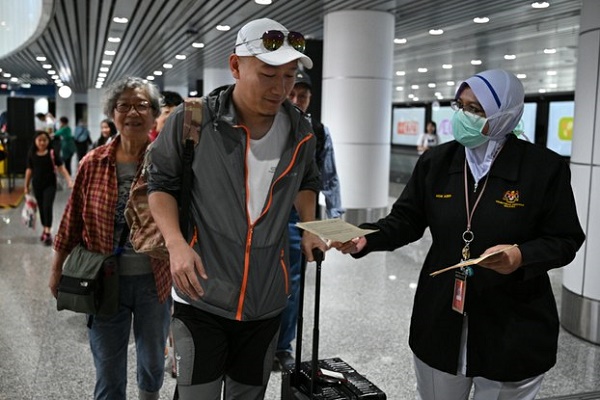 All foreigners with travel history to South Korea within the last 14 days will not be allowed to enter Sabah, said a release from the Sabah State Secretary Saturday.

“Malaysian citizens (non-residents of Sabah) with travel history to South Korea within the last 14 days will not be allowed to enter Sabah,” said the statement.

“All transit passengers originating or through South Korea will also not be allowed entry to Sabah.

“South Korean nationals who are still in Sabah are advised to depart or return before the expiry of their visas. Should the visas be expiring, only one visa extension to a maximum of seven days may be granted.”

“Outgoing flights from Sabah to South Korea are also permitted,” said the statement.

Meanwhile, any Sabahans, permanent residents of Sabah and residents of Sabah under work passes, student passes, long-term social visit passes or any exemption order returning from South Korea will be subject to a compulsory 14-day home quarantine.

Sarawak on Friday issued a similar travel ban on arrivals from South Korea.